FNI shared insights from the Norwegian fisheries management and cross-border cooperation at a recent science and policy seminar in Busan, South Korea.

The seminar, which was co-hosted by the Norwegian Embassy and the Korea Polar Research Institute (KOPRI), took place on 7 December as part of the Arctic Partnership Week 2016. The seminar was intended to explore the potential for furthering the Korean-Norwegian cooperation in the Arctic sector, and the intersection between scientific research and actual policy making.

“An important feature of these management regimes, which largely are seen as quite successful, is trans-boundary cooperation. There is well-established scientific cooperation between the coastal states, including data gathering, stock assessments and formulation of scientific advice,” says Hansen, who also sees increasing potential for conflict looking ahead:

An important question now is how well the established regimes can handle changes taking place in the marine ecosystems. In the Norwegian Sea the mackerel stock has moved from Norwegian waters into Icelandic and Greenlandic waters. In the Barents Sea Norway and Russia has had a well-functioning cooperation on cod and capelin since the 1970s, while the new species snow crab spreading across the sea bed is creating challenges, says Hansen.

Other visiting researchers included Eivor Lid Gamst of Marbank and Professor Nalan Koc, research director of the Norwegian Polar Institute. From the Korean side, three researchers from Korea Polar Research Institute participated; Dr Hyoung Chul Shin, Dr Won-Sang Seo, and Dr Hyunkyo Seo. After presentations by the individual researchers, they were joined in a panel discussion, along with Dr Jong-Deog Kim from Korea Maritime Institute, moderated by Arild Moe. 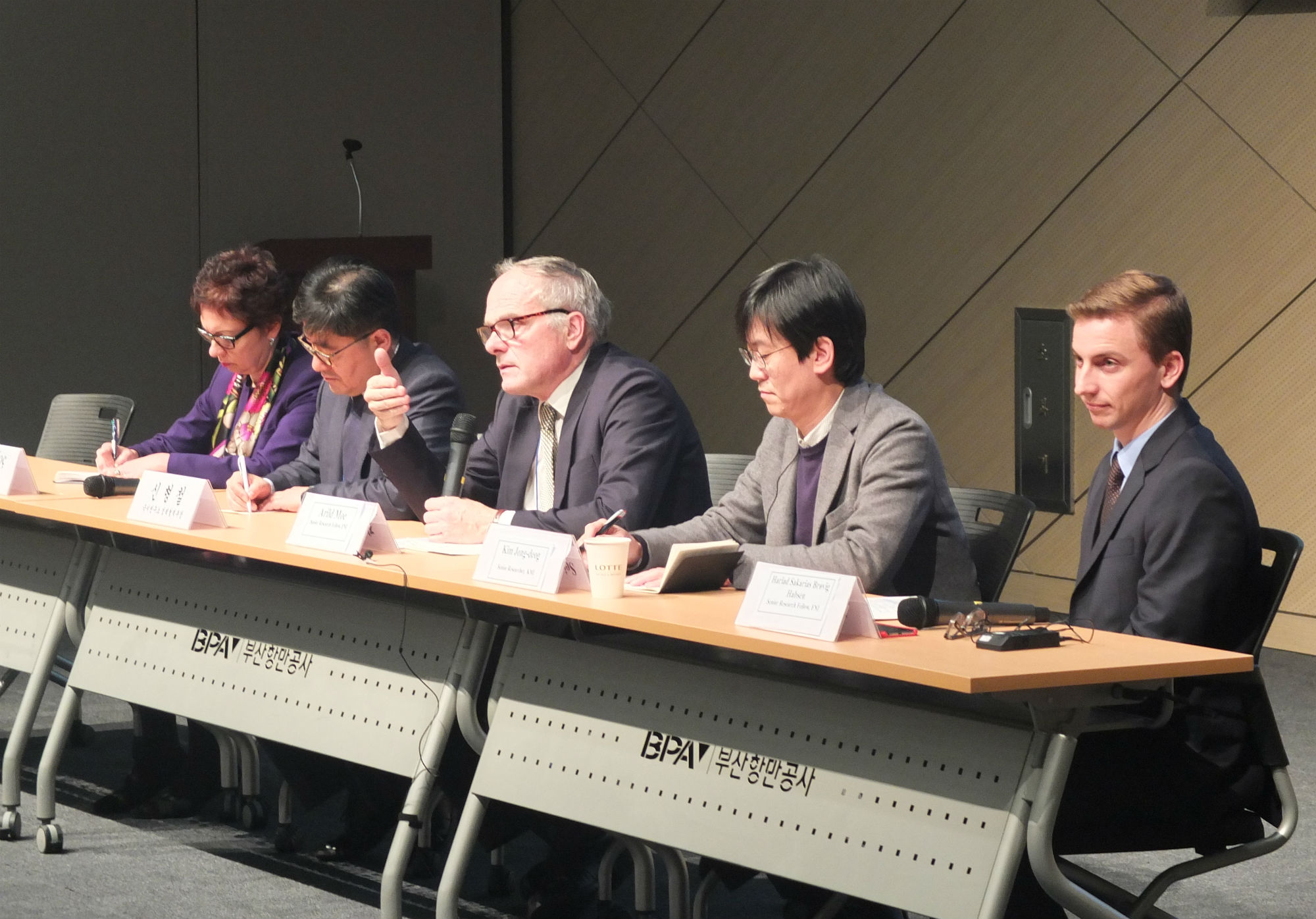