The International Law Association (ILA) established this month a new international committee, on 'International Law and Sea-level Rise'. FNI Research Professor Davor Vidas, a member of the Norwegian branch of the ILA, is appointed Chair of the Committee. 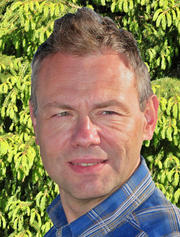 Co-Rapporteurs of the Committee on International Law and Sea-level Rise are Professors David Freestone (UK branch) and Jane McAdam (Australian branch). Committee Secretary will be Alejandra Torres Camprubí of the ILA Spanish branch. Committee membership will be nominated by ILA branches through May 2013.

The establishment of the Committee was prompted by a Resolution adopted at the 75th General Conference of the ILA, held at Sofia, Bulgaria, in August this year. The resolution recognised that prospects of substantial territorial loss resulting from sea-level rise is an issue that encompasses consideration at a junction of several parts of international law, requiring consideration by a committee to address this broad range of concerns.

"Prospects of sea-level rise raise complex issues for international law, extending beyond baselines and the law of the sea, and including such fundamental aspects as elements of statehood under international law, human rights, refugee law, and access to resources, as well as broader issues of international peace and security", says FNI Research Professor Davor Vidas, who also reminds that "there is a great deal of scientific uncertainty about prospect of sea-level rise, however one should bear in mind that, contrary to widespread perceptions of sea-level rise as a slow, gradually and linearly progressing phenomenon, geological evidence indicates that past sea-level rises have often proceeded at different rates, with significant 'jumps' in a relatively short span of sometimes only several decades, separated by longer periods of still-stand or slower rise".

The mandate of the Committee is set to "study the possible impacts of sea-level rise and the implications under international law of the partial and complete inundation of state territory, or depopulation thereof, in particular of small island and low-lying states"; and to "develop proposals for the progressive development of international law in relation to the possible loss of all or of parts of state territory and maritime zones due to sea-level rise, including the impacts on statehood, nationality, and human rights".

The Committee on International Law and Sea-level Rise has received a four-year initial mandate approved by the ILA Executive Council, from November 2012 to November 2016. Its first report will be presented at the 76th ILA General Conference to be held in Washington DC in Spring 2014.

The Committee's mandate will coincide with the major part of the work of natural scientific bodies such as the Anthropocene Working Group of the International Commission on Stratigraphy, which is scheduled to present its findings in 2016. Furthermore, the Committee's establishment coincided with an intergovernmental process, the Nansen Initiative, launched in October this year by the Governments of Norway and Switzerland, aimed at exploring ways of responding to the legal gaps and finding solutions for the problems faced by environmentally displaced people.

The International Law Association, today with headquarters in London, was founded in Brussels in 1873. ILA is a major scholarly association of international lawyers: its membership, at present about 3500, is spread among national ILA branches throughout the world. There are currently 21 ILA international committees, studying various aspects of private and public international law.