Our new research project, Making use of Arctic science – The Case of the Arctic Council (MARCS), has been funded by The Research Council of Norway, with a budget of NOK 7,5 million.

The international interest in the Arctic has increased, especially in the last few years. Even non-Arctic actors like China and the EU now have their own Arctic strategies. When one talks about international cooperation in the Arctic, it is often the work of the Arctic Council which is highlighted.

Svein Vigeland Rottem has studied the Arctic Council for ten years and is Norway’s foremost expert in the field. “The Council has been a success story from the start, and all of the participating countries see that they have a lot to gain from the cooperation,” says Rottem.

The areas of work have been continuously expanded, from environmental protection to geopolitics. Due to Russia’s war in Ukraine, the Arctic Council’s work has come to a halt for the very first time. This happens at a time when Russia has the chairmanship and Norway is due to take over in the spring of 2023. At the same time, FNI’s large new research project will start. 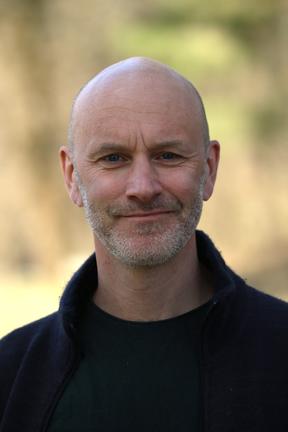 “The timing of this project grant could not have been better,” says Rottem. He believes it is very important that someone studies the Arctic Council at this time when so much is at stake.

“The main goal of the Arctic Council in the years ahead, is to survive as an institution,” says the senior researcher.

His new research project, Making use of Arctic science – The Case of the Arctic Council (MARCS), has been funded by The Research Council of Norway with a budget of NOK 7,5 million.

The project aims to analyze the Arctic Council and its role as a cooperation platform to handle local, national, regional, and global challenges related to the “new” Arctic.

“In this project, we take a closer look at opportunities and challenges connected to the Norwegian chairmanship. The war in Ukraine has changed the space of opportunity. What can the Arctic Council do now? We wish to facilitate a well-informed academic and public discussion about the Arctic Council,” says the project leader.

To what degree and under what conditions do the member states use knowledge and policy recommendations which are brought forward by the Arctic Council’s working groups?

The researchers will narrow down and create three large cases: Black carbon, shipping, and biodiversity.

•    Black carbon (BC): – commonly known as soot – is a small particle created by incomplete combustion of fossil fuel, biofuels, and biomass. BC is now becoming the second most important driving force in the global climate change, second only to CO2.
•    Shipping: The Arctic Council largest working group, PAME, conducts an extensive work to map the effects of shipping in the Arctic. This applies to both environmentally harmful emissions and preparedness, in addition to scenarios connected to the melting of the sea ice, which makes the Polar Silk Road more available.
•    Biodiversity: Contributing to taking care of the life in the Arctic has been a pillar of the Arctic Council for many years. Climate change is now confirmed as the most serious threat to Arctic biodiversity and the lack of knowledge about Arctic ecosystems and their functions have been an important knowledge gap to fill.

At about the same time as FNI was granted the MARCS project, Rottem also received an allocation from the Norwegian Ministry of Foreign Affairs, where he and his colleagues will contribute to conveying knowledge from the Arctic Council (Arktis2030). This project is also of considerable size but has a less academic and more communication-based structure.

In a rough year for the Norwegian Research Council, the FNI researcher is relieved and happy about the new funds:

“This is exactly what I want to study, and now I will have my hands full for years. My motivation is on top!”