A new comprehensive FNI Report documents the complicated political negotiations leading to the EU's 2030 Climate and Energy Framework in 2014 by assessing the influence of the EU's key executive institutions, the member states and the various stakeholders in the interest group community.

The main finding in the report is that the outcome was a genuinely negotiated compromise where all stakeholders achieved their own political aims de facto or de jure at least to some extent.

Other key findings include: 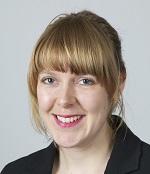 The report – entitled Where Is Power Really Situated in the EU? Complex Multi-Stakeholder Negotiations and the Climate and Energy 2030 Targets – is written by Inga Margrete Ydersbond, who is a PhD Candidate at the University of Oslo, as well as a guest researcher at FNI. The report has been written as part of the Strategic Challenges in International Climate and Energy Policy (CICEP) project.