The Paris Agreement pledge to limit the increase of the global average temperature to 1.5 °C seems more unrealistic than ever. However, the picture differs in different parts of the world – and yes, there are some grounds for optimism.

On the one hand, the European Union has reformed its climate and energy policies, adopted multiple targets, strengthened the emissions trading system (ETS), and enlarged its portfolio of energy efficiency and renewable energy regulations. The US and China, on the other hand, have approached the climate change issue very differently. While China has become more vocal and constructive in the global arena, the Trump administration has withdrawn from the non-binding Paris agreement.

Why do the effects of the Paris Climate Agreement seem to be so different in the European Union than in China and the US? And what challenges do the actions (or perhaps non-actions) of the US and China create for the European Union?

These were among the key issues discussed at a climate seminar at Harvard University 10 October. FNI Research Professor Jørgen Wettestad, currently a visiting scholar at Harvard, co-hosted the event together with colleagues at the Minda de Gunzburg Center for European Studies. 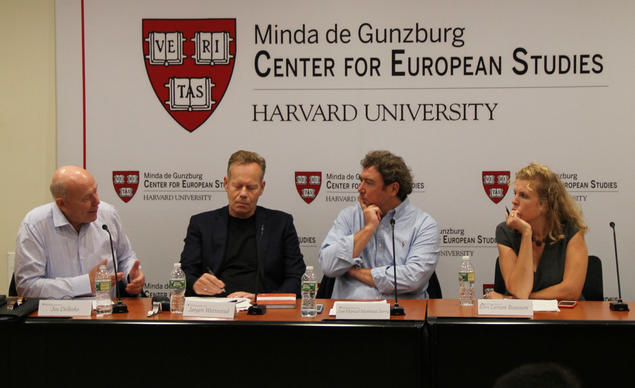 Jos Delbeke, former Director General for Climate Action in the European Commission was one of the key speakers. He noted that even though the EU emissions trading system (EU ETS) has suffered from low prices, the system has nevertheless managed to deliver steady emission reductions: 26 percent from 2005 to 2016. Delbeke also spoke about the EU renewables policy, which has contributed to reduce the costs of renewables production and added that a more flexible European electricity market, as well as further energy efficiency improvements, both are key targets in the proposed ‘winter package’ in the EU. These policies will hopefully result in a significantly greener EU power generation mix by 2030, Delbeke argued.

Jørgen Wettestad, Visiting Scholar at Harvard and FNI Research Professor, discussed key lessons from the EU ETS, based on the book ‘The Evolution of Carbon Markets: Design and Diffusion’ (edited by Wettestad and Lars Gulbrandsen) published by Routledge earlier this year. He drew attention to two key lessons: first, it makes sense to proceed stepwise and ‘sequential’. The EU started out with a pilot phase; then introduced important reforms for the third phase in 2008; followed by the adoption of a price management mechanism – the Market Stability Reserve – in 2015, which then was further tightened in 2017.  The second lesson? Adopting an ETS is no 'quick fix' – a well-balanced policy mix is essential. Such a broad portfolio can secure emissions reductions even if the carbon market struggles (as arguably has been the case in the EU). Wettestad acknowledged the danger of ‘double regulation’ but indicated this may be a lesser evil in light of the emissions reductions challenges the world now faces.

Elin Lerum Boasson, Visiting Scholar at Harvard and Cicero Researcher argued that the design of the Paris Agreement is more in line with the preferences of China and the US, than the EU. While the EU wanted a binding agreement with strong top-down steering, the Paris agreement is based on voluntary pledges and a bottom-up approach. Rather than creating one dominant climate measure, the Paris Agreement embraces polycentric governance and a multitude of measures. 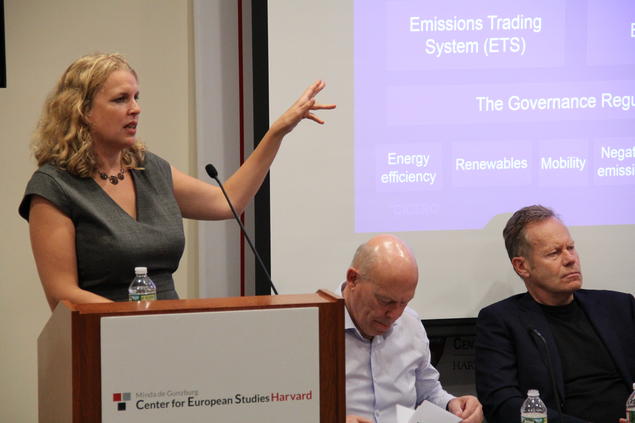 In stark contrast to the situation in the US, EU climate policy has changed significantly after Paris. Not only has the EU significantly strengthened its emission trading system, it has also started to steer national climate policy in EU member states to a stronger extent through state aid rules. These changes run counter to what the Paris Accord would lead one to expect. However, Boasson also argued that other EU climate policy measures have become more polycentric, in line with the Paris agreement.  For instance, the EU has adopted a new governance regulation that requires member states to adopt a whole array of national climate and energy targets.

Boasson underlined that while the US decision to leave the Paris Agreement has primarily symbolic importance, the lack of US leadership can have detrimental effects on the planned ratcheting up logic of the Paris Agreement. In order to work, the parties to the accord need to increase their ambitions and climate policy portfolios regularly, but the lack of US leadership makes it less likely that this will happen. The EU has long aimed for global leadership in global climate politics, but Boasson said that whether it would be possible for the EU to do this in the current geopolitical situation is still an open question.

The effects of Trump

Joseph E. Aldy, Associate Professor of Public Policy at Harvard, argued that the Trump administration’s efforts to roll back the Obama administration’s climate initiatives have only partly succeeded. These efforts face three headwinds: first, a new energy economy, with growth in wind and solar and inexpensive gas contributing to a 24 percent decrease in power sector emissions since 2005. Fuel standards also lock in fuel savings. Second, reversing regulations will take time, due to among other things court challenges. Third, the ‘polycentric’ governance system in the US includes substantial sub-national action, including emissions trading (RGGI, California) and cities and major corporations. In other words, things are happening on the ground, even with Trump at the steering wheel.

Aldy added, however, that pervasive fossil fuel subsidies are still a major challenge to mitigating climate change. Several cap-and-trade programs have been designed explicitly to prevent retail energy price increases, including in both California and China. These are serious threats hindering climate change mitigation.