FNI Director Geir Hønneland ranks as number 17 on the list of the hundred most productive scholars in Norway.

Hønneland is the most published researcher within the system of independent research institutes in Norway, and is also among the most productive social scientists across the board, according to a new ranking.

The ranking, developed by the Oslo and Akershus University College of Applied Sciences (HIOA), is based on the number of entries in the Norwegian Research Database Cristin (Current Research Information System In Norway) over the past five years.

Before becoming FNI Director in 2015, Geir Hønneland had worked as a researcher at FNI for more than twenty years, focusing on issues related to international fisheries management, the Barents Sea and Svalbard, Norwegian-Russian relations and Russian identity. He has published extensively, and several of his books have been translated into other languages, among them Russian and Chinese.

'This is good news for me personally, but also for FNI', says Hønneland, and elaborates:

Throughout my years as FNI researcher, I have benefited from the supportive working environment. And now as Director, I seek to encourage the further development of our good internal working conditions. And while I don't have much time to do research myself at the moment, production at the institute level has peaked, with results for 2016 far above what has previously been achieved at Norway's 48 independent research institutes’, says Hønneland.

FNI ranks at the top

For several years now, Fridtjof Nansen Institute has figured at the very top of annual Norwegian research rankings. Last year, FNI was declared the highest-ranking Norwegian research institute in terms of publications – a position it has held three years in a row.

Earlier this year an independent evaluation report also lauded FNI for its prestigious scholarly publications, of strategic importance and with a high level of policy relevance. 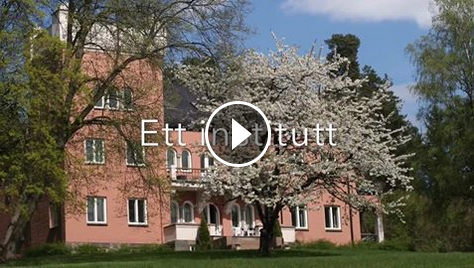