The Fridtjof Nansen Institute (FNI) has once again been nominated as Europe’s best think tank on energy and environment issues. This is the fourth time in a row the institute is nominated in what has been labelled ‘the Oscars of think tanks’.

FNI won the award both in 2017 and in 2018. This year’s nomination is particularly welcome, however, since the nomination category has been extended to include not only energy and environment but also science and health. This means, of course, that the competition to be nominated has been even tougher. Indeed, both the number of entries and the quality of the applications this year has been record high, according to Victoria Jackson, Head of Events of the Prospect Magazine, which organizes the awards.

FNI director Geir Hønneland is thrilled to see the institute on the shortlist again:

Although we've been nominated four years in a row now and won the award twice, I didn’t take this year’s nomination for granted at all, especially now that the energy and environment category has been significantly expanded. This speaks to the effect that FNI’s research is recognized and has an impact far beyond Norway’s borders.

The awards have four different categories: economic and financial, social policy, international affairs, and finally, energy, environment, science and health. Separate awards are given within each category for the UK, US and Europe respectively.

In the EU category of Energy, Environment, Science and Health, FNI has been nominated together with the Centre for European Policy Studies (CEPS) and the Bonn International Center for Conversion (BICC). Other nominees on this year’s shortlist include acclaimed institutions such as European Council on Foreign Relations, the RAND Corporation, Carnegie and the Institute for Public Policy Research (IPPR). The complete shortlist can be seen here.

The award ceremony will take place in London in July 2019. 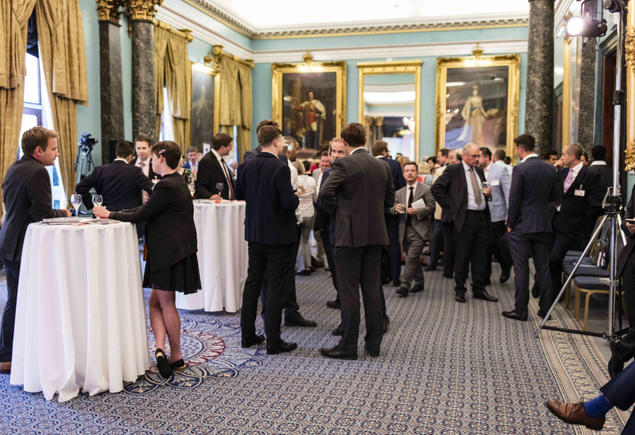