The Memorandum of Understanding (MOU) was signed during an official ceremony at Grand Hotel, Oslo, on 12 June by FNIs and KMIs directors, in the presence of the Korean Ambassador for Arctic Affairs, Park Heung-kyeong, and Director Bjørn Midthun of the Ministry of Foreign Affairs.

The ceremony was organized during the state visit of Korean President Moon Jae-in to Norway, and a delegation of Korean scientists and officials took part in the ceremony. From FNI, Director Geir Hønneland and Senior Researchers Arild Moe and Svein Vigeland Rottem were present. Both Moe and Rottem have cooperated with partners from KMI, after a first MOU between the two institutions was signed in 2012. Arctic governance, shipping and developments in the Arctic Council have been among the issues of mutual interest. Now, with a renewed declaration of cooperation, there will likely be more opportunities for joint research activities. Like FNI, KMI focuses on marine policy issues, fisheries and resource management.

One of the first countries I visited after I became FNI director was South Korea. FNI and KMI have nurtured a constructive and positive relationship ever since, and with this renewed MOU, I am certain that the dialogue and the mutual exchange of knowledge will continue,” said Hønneland. 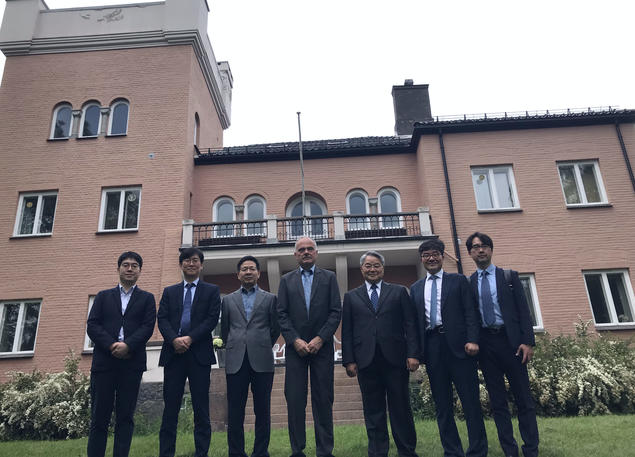