Arctic development and the “Polar Silk Road” were among the topics on the agenda when experts recently convened for the China-Nordic Arctic Cooperation Symposium (CNARC) and the Arctic Circle China Forum in Shanghai. The ‘Arctic speech’ by US Secretary of state Mike Pompeo made the forums timelier than ever.

FNI Senior Researchers Gørild Heggelund and Arild Moe were both invited to give presentations at the CNARC Symposium in Shanghai 7 – 9 May.

Heggelund gave a talk on the Minamata Convention and mercury policy in China, and whether there is potential for increased Arctic cooperation in this policy-field. Her presentation was based on studies conducted under the MERCHINOR research project, a joint research collaboration headed by Heggelund, FNI and with NIVA, Peking University and Tsinghua University as research partners.

Heggelund pointed out that China in the past decade has strengthened its capacity and expertise in mercury research, and has produced domestic scientific information, generating its own data on mercury emissions. China’s expertise is relevant for addressing mercury in the Arctic, and CNARC could  be a relevant platform for joint research.

LNG from the Arctic

Moe gave a talk titled “The prospects of liquefied natural gas from the Arctic and its significance for China”. Moe highlighted the importance of LNG in China’s energy balance and the flexibility it provides. Chinese companies are set to become key partners in the further development of LNG projects in the Russian Arctic. 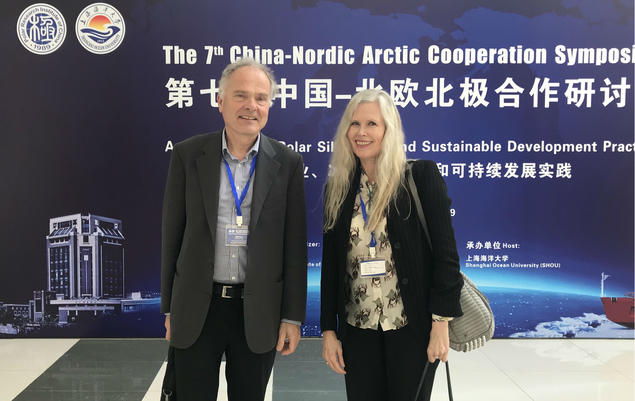 The Arctic Circle China Forum 9-11 May – an offspring from the annual Arctic Circle conference in Iceland – had a broad program with numerous Arctic-related themes. Moe gave a presentation on dissonance between Norwegian research policy on Svalbard and the Chinese perceptions of the status of international research activities there. He also gave an introduction to recent changes in Russia’s management and legislation for shipping on the Northern Sea Route.

In fact, both the CNARC Symposium and the following Arctic Circle China Forum turned perhaps more ‘geopolitical’ than one first could have expected, after the US State Secretary Mike Pompeo gave his ‘Arctic speech’ just hours before the Arctic Council ministerial meeting in Rovaniemi a few days earlier. He criticised both China and Russia and their behaviour in the Arctic. 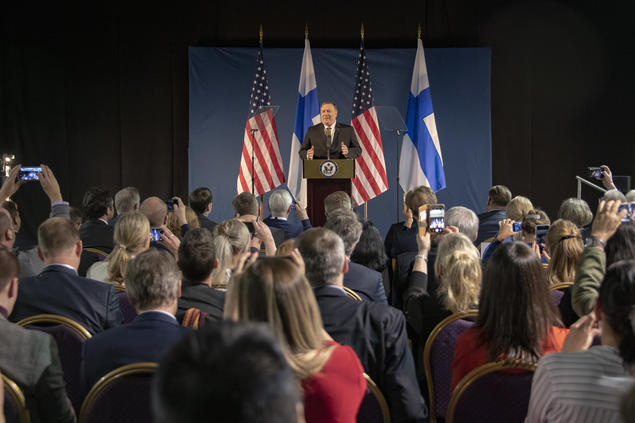 In neither CNARC nor the Arctic Circle China Forum security issues were highlighted, but the general comment was that tensions in the Arctic are not as high as implied by Pompeo. US Senator Lisa Murkowski, in carefully worded remarks, even saw benefits from the focus on China in the Arctic – since it could mean that the US itself would take a stronger interest in the region, which she has been calling for. (You can see the complete interview with Murkowski here).