Listening to debates about the benefits and drawbacks of bioenergy and biofuels is usually a mixed experience, with advocates of both sides slinging mud and calling each other’s kettles black.

Bioenergy expert, Tomas Kåberger, keynote speaker at a recent FNI seminar on “EU’s Bioeconomy Strategy: Conflicts and Prospects ahead”, led us through some of the industry’s challenges, and provided pointers to a possible road ahead.

When talking about bioenergy, he said, you need to get ready for controversy, even ‘trench warfare’: 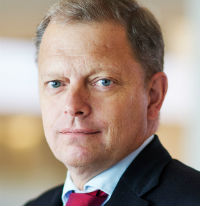 "There are so many different perspectives, based on different experiences, when you talk about bioenergy", Kåberger explains. "Some say it’s only about slashing and burning forests, eroding land and destroying habitats. Others say it’s all about utilizing our natural resources in a circular and sustainable way. Not to mention the debate on biofuels: Is this all about rich people buying up food resources from the poor for their own use in exclusive, expensive cars? Or is it an economic and sensible way to use waste and by-products? All these scenarios are possibly true."

Kåberger knows what he’s talking about. He’s been working on bioenergy issues for decades, from a regulatory/policy-making point of view (he was Director General of the Swedish Energy Agency from 2008-2011), from a business and industry point of view (he has held leading positions in Ecotraffic and TallOil, while also serving as chairman of the Swedish Bioenergy Association in Sweden), from an environmentalist perspective, (as energy campaigner and later vice chairman of Naturskyddsföreningen and member of the board of the European Environmental Bureau); and, not least, academically, as professor of Industrial Energy Policy at Chalmers University.

Bioenergy is a complicated business, and mistakes will be made. Policies sometimes have become very complicated, too. But with time, policies will improve. Even Brussels will come around eventually," says Kåberger, who claims the EU often has gotten in the way of developments in the European bioenergy sector.

Kåberger thinks the EU should be looking to Nordic countries like Finland and Sweden, which are at the forefront when it comes to successful bioenergy development. A telling example is the alliance in Norrköping between energy companies such as Agroetanol, Eon and Svensk Biogas which are now delivering a series of products based on corn: Eethanol and methane for fuels, cattle fodder and fertiliser from the remaining material, and an efficient integration with a biomass fuelled cogeneration plant, supplying renewable electricity to the processes and getting heat back to be supplied to the city via a district heating system. Agroetanol is also looking into possibly upgrading the animal fodder into a protein rich meat substitute suitable for human consumption.

If successful, they will be supplying more proteins to people than if this corn was used conventionally to feed animals supplying meat," Kåberger says. "This is an example of good industrial cooperation, and it illustrates the opportunities to do something that contributes to sustainable development."

However, the bioenergy and biofuel business is also full of pitfalls: rainforest depletion, depriving the poor of much needed food resources, controversial but widespread use of palm oil as transport fuel. A recent report by Chatham House came out strongly against bioenergy. To that report, a group under the International Energy Agency has come out with a counter-response .

"Yes, there are pitfalls. The industry needs to be governed well, by laws or otherwise. You cannot assume the industry will be sustainable by itself – it needs good governance", says Kåberger. 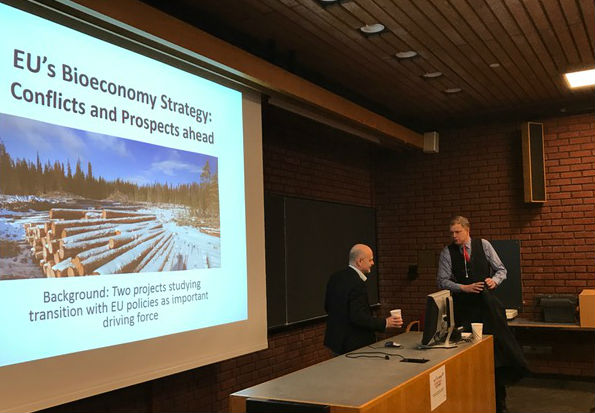 The case of Norway

Compared to Sweden, Norway is a sloucher in the field of bioenergy. No doubt, this has to do with the economic dominance of the petroleum sector and the abundance of clean hydro power in Norway, Kåberger argues.

However, it also has to do with the problem of constant on-and-off policies and the lack of a continuous and predictable political framework for the industry. Without that, bioenergy investments and development will not happen."

Kåberger’s talk on bioenergy, which was held at the University of Oslo on March 14, was part of a seminar led by senior researcher Per Ove Eikeland at FNI. The seminar was related to two research projects: Europeanisation of Energy-Technology Innovation Systems (ETIS) (to which FNI is a collaborating partner) and Sustainable Path Creation for Innovative Value Chains for Organic Waste Products (SusValueWaste). Both are financed by the Research Council of Norway.