‘Rare are those academic books that I truly enjoy or that I even read in bed.’ So reads the introduction of an essay focusing on one of FNI’s latest publications. 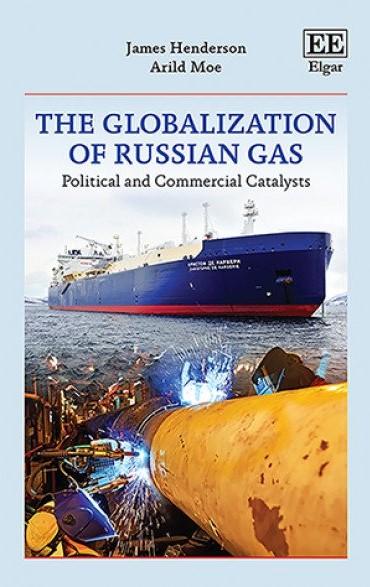 The Globalization of Russian Gas is co-authored by James Henderson, the Director of Natural Gas Research Programme at the Oxford Institute for Energy Studies (OIES), and Arild Moe, Research Professor of the Fridtjof Nansen Institute (FNI) and long-time expert on Russian energy politics.

The book analyses the Russian gas industry’s response to changing international gas markets, and possible implications for Russia’s role as a global supplier of gas in the future. It featured in a Readara interview as well as in the latest podcast episode from the OIES, and has also received attention by Norwegian media. It has now caught the eye of the distinguished international journal, Oil, Gas & Energy Law (OGEL). In its latest issue, the journal publishes a five-page essay about the book written by Professor Kim Talus of the Center for Energy Law at Tulane University.

The reviewer argues that Moe and Henderson have produced a ‘great book’, and that its readership should extend well beyond academic circles:

It is one of the few academic publications that is easy to read and something that can, and should, be read from page one to the very last page,’ the author writes.

‘Unlike the heading would perhaps suggest, the book not only covers international aspects of Russian gas, but also provides some highly interesting comments on the internal Russian gas market and its developments.’

Professor Thane Gustafson at Georgetown University describes the book as 'outstanding and path-breaking' in the latest issue of The Russian Review:

The book comes at a key moment in the history of the Russian gas sector, when the traditional division of duties between the industry and state, which had remained largely unchanged since Soviet times, has now become increasingly unstable, and may lead to profound changes ahead, with far-reaching implications for Russian gas strategy, at a time of revolutionary changes in the world's gas industry.'

Gazprom has dominated the Russian gas industry ever since the collapse of the Soviet Union – but, with changes in the market, the company finds itself increasingly challenged, at home and abroad. With The Globalization of Russian Gas, Henderson and Moe set out to explore the link between recent changes in Russia’s domestic market, where new players have emerged, and the development of the country’s booming gas export business. They assess the growing importance of liquefied natural gas (LNG) exports and show how Novatek – a private company that challenges Gazprom’s position – has been instrumental in the development of this new business area for Russia.

The Globalization of Russian Gas is a must-read for anyone interested in Russian energy, and energy markets more generally

Anatole Boute at The Chinese University of Hong Kong writes:

“By providing a comprehensive picture of the domestic and global role of Russian gas, and engaging critically with both its political and commercial relevance in a rigorous yet succinct and accessible way, the authors—two of the most distinguished experts on Russian energy—make a unique contribution to the understanding of this strategic sector and the functioning of energy markets more generally. The book contributes to an understanding of the political, geopolitical and commercial drivers of, and obstacles to, energy market reforms and energy market integration. It helps navigate Russia’s complex energy relations with the EU, China and the US, in the context of deteriorating EU–Russia, China–US and Russia–US relations.”

More information about the book