For the third year in a row, the Fridtjof Nansen Institute (FNI) has won the prestigious Prospect Think Tank Award. This year, the institute took home the prize as the best European think tank on energy, environment, science and health.

The award ceremony took place in the Houses of Parliament in London on the eve of 17 July, attended by politicians, business representatives, ambassadors and journalists, as well as representatives from acclaimed think tanks and research institutions across the globe. The European Council on Foreign Relations (ECFR), the RAND Corporation, Carnegie and the Institute for Public Policy Research (IPPR) were but some of the shortlisted nominees present for this year’s awards.

The Think Tank Awards have been held annually by the British Prospect Magazine since 2001. They are intended to celebrate the work of think tanks on the national and global scale, and are considered among Europe’s most prestigious quality ratings of independent research institutions and academic think tanks.

FNI is the only Norwegian research institution to have won a Think Tank Award. After a first nomination in 2016, it took home the prize as ‘best European think tank on energy and environment’ in both  2017 and then again in 2018. The jury has commended the institute for its high-quality research within environmental politics in general, and for its work related to climate policies in the Arctic and the Anthropocene in particular. In 2017 FNI was also shortlisted for the category of best European think tank on international affairs. 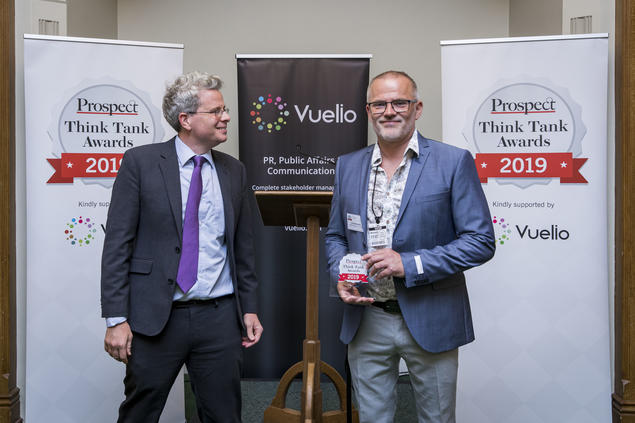 Both the number of entries and the quality of applications this year were record high, according to Victoria Jackson, Head of Events, Prospect Magazine. This makes the win even more welcome, says FNI director, Geir Hønneland:

Although we'd been nominated for four years in a row now, and had won the award twice, I certainly didn’t take things for granted this year, especially now that the category had been significantly expanded. And that we would win –

that was even more unexpected’, Hønneland explains.

FNI had faced tough competition from the Centre for European Policy Studies (CEPS) and the Bonn International Center for Conversion (BICC), both nominated in the same category. FNI emerged as the winner, and was lauded by the judges for its academic achievements.

This indicates that FNI’s research is recognized and has an impact far beyond Norway’s borders’, Hønneland adds.

The complete list of award winners can be found here.

As before, the award jury was composed of representatives from the spheres of politics, business, academia and the media. This year’s jury included such prominent political figures as David Miliband, former UK Secretary of State for Foreign and Commonwealth Affairs, and Lord Howard of Lympne (Michael Howard), former leader of the Conservative Party. Media representatives included Tony Barber, European Affairs Commentator and Associate Editor of the Financial Times, and Andrew Stuttaford, contributing editor to the National Review. The full list of 2019 judges is presented here. 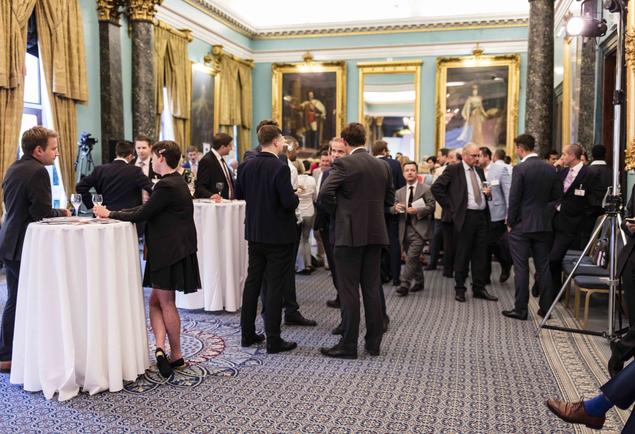