The Fridtjof Nansen Institute has - once again - been nominated as best European think tank of the year. This year, the institute is nominated in not only one, but in two separate research categories: energy and environment, and international affairs.

The awards, presented annually by the UK-based Prospect Magazine, are considered among Europe’s most prestigious quality ratings of independent research institutions and academic think tanks across the globe. The awards are presented to “give credit to the most original and rigorous work on the most pressing challenges facing people, governments and businesses today,” according to the organizers.

The awards have four categories: economic and financial, social policy, energy and environment, and international affairs, and separate awards are given for think tanks in the UK, US and Europe respectively. Nomination criteria include a "coherent selection of topics of importance, innovative and plausible policy prescription, rigor of analysis, influence on politics, influence on media and wider impact and convening power".

This years’ nomination is not the first for the Fridtjof Nansen Institute, however: In 2016 the institute was also nominated as best European think tank of the year, but then only within the field of energy and Environment. This year, FNI has been shortlisted also for the category of international affairs.

Previous winners include renowned institutions such as Brookings, RAND Corporation and Centre for European Policy Studies (CEPS). The jury consists of representatives from the spheres of politics, business, science and major media outlets such as the BBC, The Guardian, Washington Post and Financial Times.

I'm very happy to once again see the relevance of FNI's research appreciated by the judges of Prospect Magazine’, says FNI Director Geir Hønneland. ‘I'm particularly proud to be nominated not only in the category Energy and Environment, like last year, but also in the wider category International Affairs. I'm looking forward to seeing the judges' justification, which will be published only after the award ceremony.’

The award ceremony will be taking place in London on 10th July. You can read more about last year’s winners here. 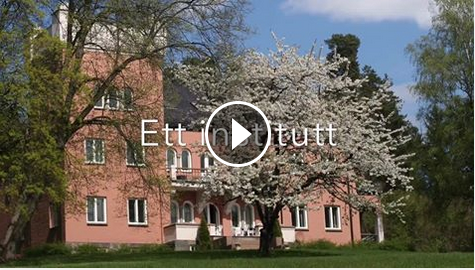