Foreign aid and the concept of ‘environmental rights’ have been instrumental in shaping the development of post-soviet Armenia, a new book reveals.

Like several other post-Soviet republics, Armenia receives more development aid per capita than most countries in Africa and Asia. Moreover, proximity to Europe means that the South Caucasus republics take part in various partnerships aimed at aligning their politics and systems of government more closely with those of European countries.

This is the point of departure in the new book Armenia and Europe: Foreign Aid and Environmental Politics in the Post-Soviet Caucasus, written by FNI Senior Research Fellow Pål Wilter Skedsmo.

The book, a revised and abridged version of Skedsmo’s PhD thesis, focuses on how foreign aid projects have been important in the framing and shaping of Armenian policies in recent years. 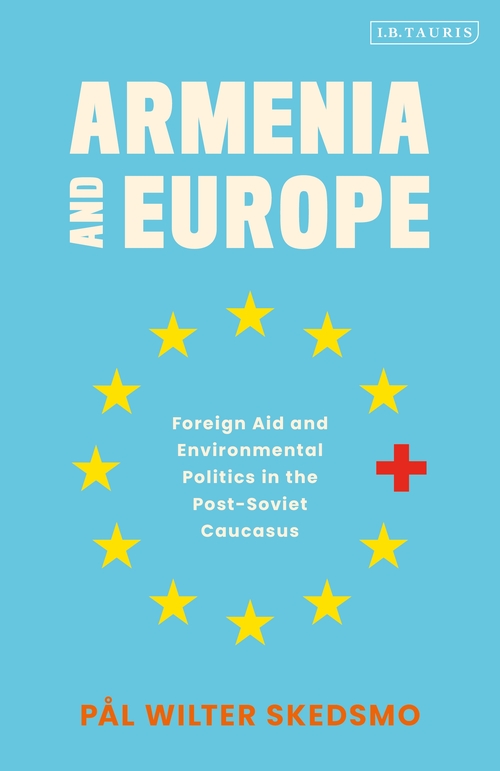 In particular, the Aarhus Convention, a regional agreement which gives the general public various rights with regard to environmental matters, has played a key in role Armenian environmental politics in recent years, Skedsmo argues. It has allowed Armenian citizens and grass-root movements to take a more active part in seeking to influence domestic policies, through protests or legal challenges. By facilitating a ‘scaling-up’ of citizens’ environmental demands, the Aarhus convention has served not only as an important democratic influence, but also as a ‘Europeanizing’ force.

The book is published by I.B. Tauris – a Bloomsbury imprint – and can be ordered here. It holds relevance both for scholars and development practitioners, according to Tanya Richardson, Associate Professor of Anthropology and Global Studies of the Wilfrid Laurier University, Canada.

Armenia and Europe is unique in the anthropological literature of the post-Soviet region, says Richardson.

'Skedsmo's effective combination of concepts from postsocialist studies, postcolonial studies and anthropological theorizations of global governance illuminates the significance of transnational networks and networking for understanding environmental struggles in Armenia and the importance of European norms in them. The book is important reading for scholars and development practitioners concerned with how and why activists and officials engage with globally circulating environmental norms.'