The Norwegian government’s official visit to China was the first one in over six years, following a long period of standstill and frozen diplomatic relations. Ever since 2010, when Chinese dissident Liu Xiaobo was awarded the Nobel peace prize, all official relations between China and Norway were broken off, and they remained so for years to come, until just before Christmas last year, when a 'reconciliation' statement between the two governments was finally signed.

A trip to ‘normalize’ 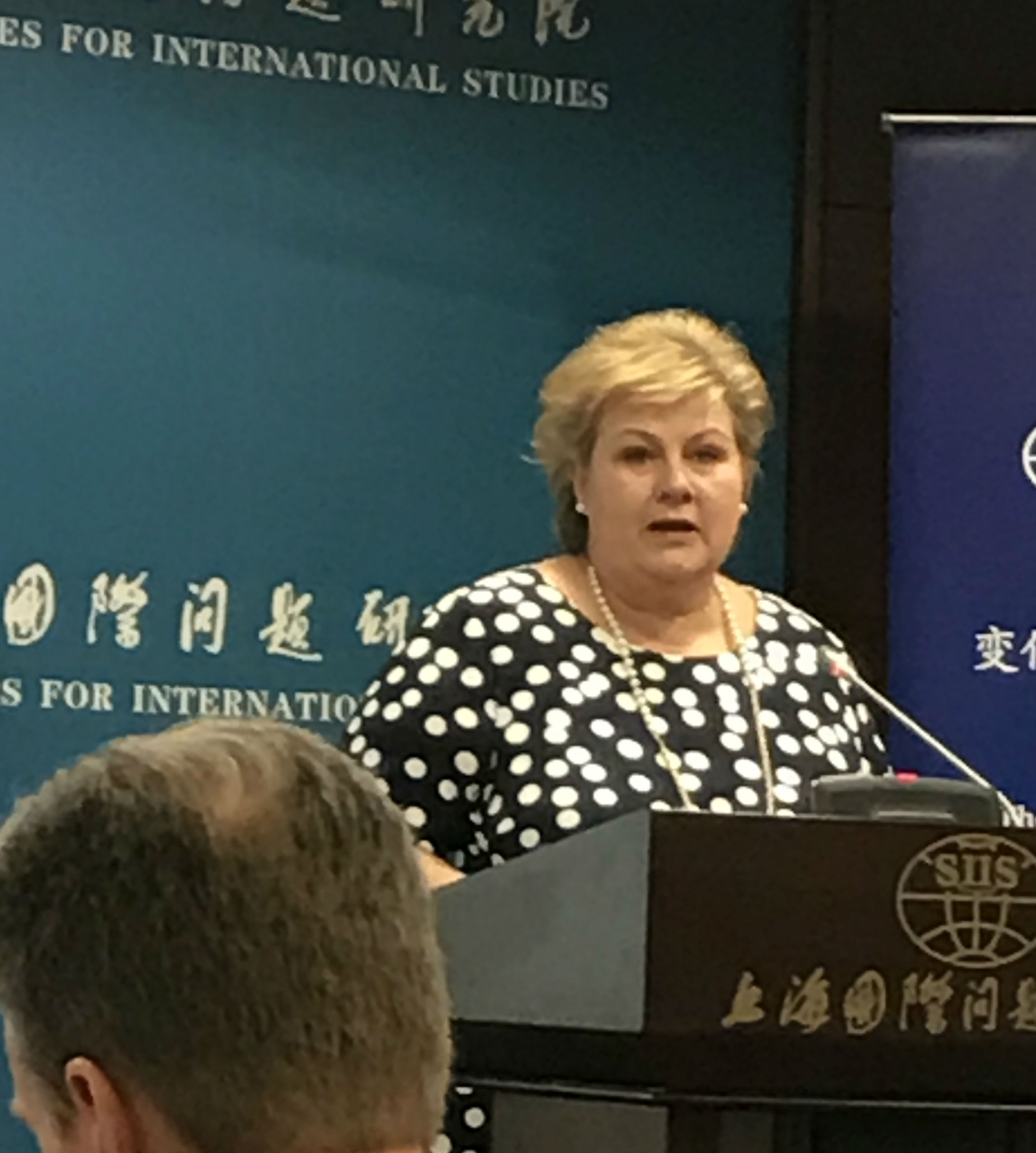 Prime Minister Erna Solberg and Foreign Minister Børge Brende travelled to China 7 to 10 April, and they met with China’s political leadership as well as with business representatives and various research institutions.

They were also briefed on Arctic affairs and Sino-Norwegian collaboration during a seminar hosted by the Shanghai Institutes for International Studies (SIIS) on 8 April. The overall objective of the seminar was to provide a broad overview of China’s Arctic research and its collaborations with Norway, as well as to freshen up the mutual understandings and interests on Arctic issues between Norway and China.

Prime Minister Erna Solberg and Foreign Minister Børge Brende both gave a short speech at the seminar, and they were subsequently briefed on various Sino-Arctic issues by FNI Director Geir Hønneland, Director of the Norwegian Polar Institute Jan Gunnar Winther, as well as by Chinese experts on the subjects.

We are honoured to be invited as one of two Norwegian research institutions to accompany the Prime Minister and Minister of Foreign Affairs to the seminar on Arctic affairs at SIIS,” says Hønneland. 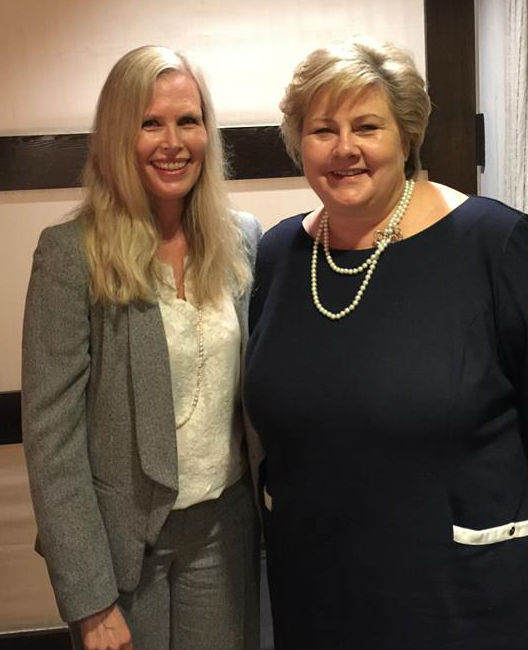 "FNI has built up relations with Chinese research institutions over several decades, in recent years primarily related to Arctic law and politics as well as climate politics more widely. While Polar research is dominated by the natural sciences, in China as in Norway, the Chinese have built up an impressive competence on international relations and Law of the Sea in the Arctic in recent years. Our cooperation with the Chinese experts is mutually fruitful and runs very smoothly at all levels.

I feel certain our interaction will increase in the future,” Hønneland adds.

Senior researcher Gørild Heggelund from FNI, who is currently stationed in Beijing, China, also attended a working dinner together with the Norwegian and Chinese Prime Ministers in Shanghai. The key discussion topic of the dinner was the UN’s Sustainable Development Goals, on which Heggelund has worked extensively over the last couple of years.