Based on a proposal from Norway, developed by FNI’s expert Regine Andersen, the Governing Body of the Plant Treaty has agreed to step up its work on conservation and sustainable use of crop genetic diversity.

The decision was reached at the 8th Session of the Governing Body of the International Treaty on Plant Genetic Resources for Food and Agriculture (‘Plant Treaty’), 11 – 16 November 2019 at FAO in Rome. It was based on a proposal tabled by Norway and developed by FNI Senior Research Fellow Regine Andersen, expert to the Norwegian delegation, in consultation with delegates from other countries.

After six years of negotiations, the Governing Body unfortunately failed to reach consensus on enhancing the functioning of the Multilateral System of Access and Benefit Sharing (ABS) under the Treaty. Therefore, the Norwegian proposal on conservation and sustainable use of crop genetic diversity was a most welcome achievement from the recent meeting. 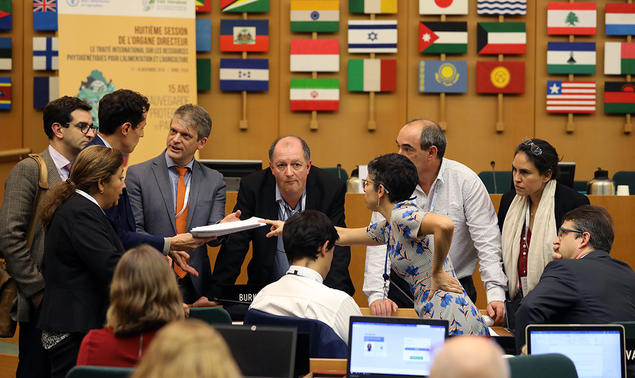 Progress has been slow

Plant genetic resources for food and agriculture (PGRFA) constitute the foundation of all agricultural production and for food security. Effective policies to promote conservation and sustainable use of these resources are crucial, not least for achieving the UN Sustainable Development Goal on zero hunger.

Conservation and sustainable use of PGRFA are among the objectives of the Plant Treaty. Its Articles 5 and 6 outline how countries are expected to proceed to achieve these objectives, and a global plan of action has been adopted by the FAO Commission on Genetic Resources for Food and Agriculture (CGRFA), to facilitate implementation. Nevertheless, progress has been slow, while genetic erosion has continued at fast pace. 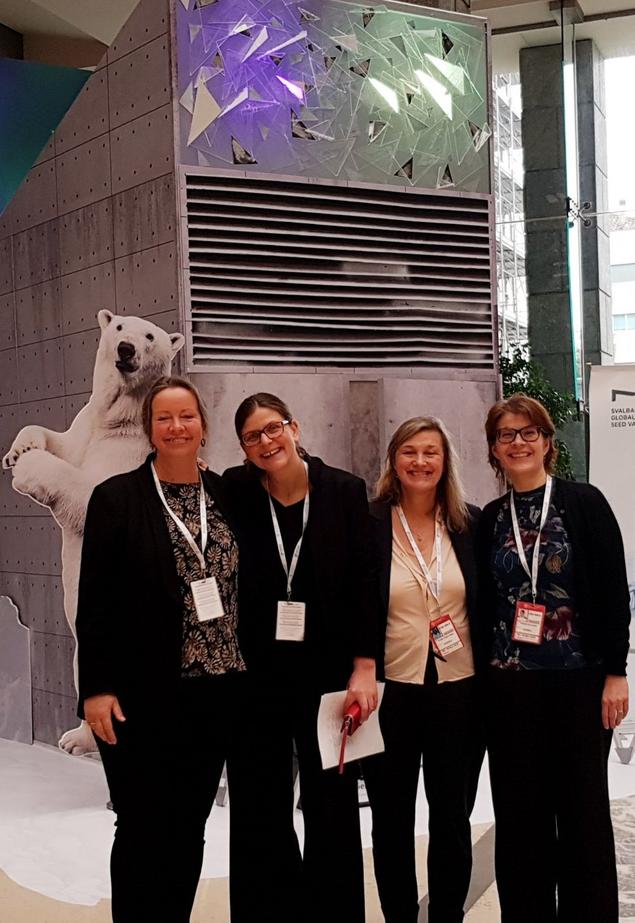 The Norwegian proposal presented at the 8th Session of the Plant Treaty’s Governing Body was aimed at addressing this challenge, by restructuring, limiting, redefining and focusing the work of the Governing Body and its Secretariat, as well as of the Ad Hoc Technical Committee on Conservation and Sustainable Use of PGRFA under the Plant Treaty. A contact group was established to negotiate a resolution text on the issue, chaired by Riccardo Bocci from Italy.

The key principles of the proposal were agreed at the first meeting of the contact group, upon presentation by Andersen. The finally adopted resolution comprises the new terms of reference for the Ad Hoc Technical Committee on Conservation and Sustainable Use. The Committee will review member-state implementation reports, as well as reports on implementation of the Second Global Plant of Action, in order to identify ‘best practice’ examples and opportunities to support the conservation and sustainable use of PGRFA. Based on this review, the Committee will then recommend further steps on how the Governing Body can assist member countries in advancing implementation of Articles 5 and 6. This will be considered at the Governing Body’s Ninth Session, to be held in India, 2021.

Farmers’ rights related to seed and propagating material are a central issue with regard to the conservation and sustainable use of genetic resources and for food security. A breakthrough was achieved at the Governing Body’s previous session, in 2017. After 10 years of negotiations, an expert group was set up to prepare an inventory of experiences and best practices, and on this basis develop options to encourage and guide the implementation of farmers’ rights related to seed and propagating material. FNI contributed substantially to this breakthrough, as reported here.

FNI’s Regine Andersen is a member of this expert group and has contributed decisively to the results achieved thus far. At the 8th session in Rome, a contact group was established to agree on a resolution text for the Governing Body, co-chaired by Bell Batta Torheim from Norway and Rakesh Agrawal from India. Delegations from Africa, Asia and Latin America voiced demands for voluntary guidelines on the implementation of Farmers’ Rights, whereas delegations from North America, Australia and Europe were opposed. Representing Norway in the contact group, Andersen facilitated agreement among the parties to enable the expert group to complete its work.

The contributions of FNI through the Norwegian delegation to the 8th Session of the Plant Treaty’s Governing Body and at the side events were possible thanks to funding from the Research Council of Norway through the projects Suitable seeds for food security in fragile states (RCN: 274519) and Global environmental governance as a tool for poverty alleviation in developing countries (RCN: 304519). The latter project is part of a ‘Strategic Institute Initiative’ from the Ministry of Foreign Affairs via the Research Council of Norway. Regine Andersen was appointed to the Norwegian delegation by the Ministry of Foreign Affairs.

For more information on the 8th Session of the Plant Treaty’s Governing Body, see the Treaty’s website, and the Earth Negotiation Bulletin. 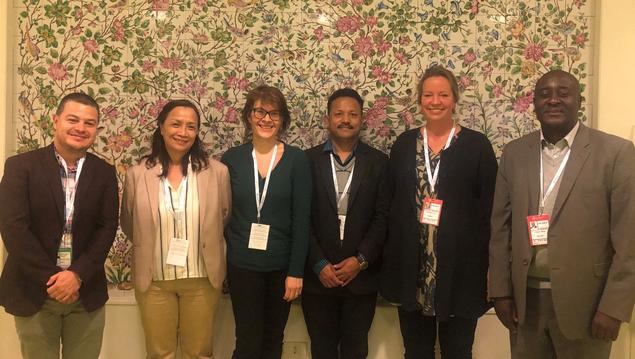 Three side events were held during the FAO meeting with FNI contributions:

FNI contributes to breakthrough in negotiations under the Plant Treaty