While negotiations continue in international fora on how to halt the rapid genetic erosion in food plants, community seed banks are popping up all over Europe. Could they hold a key to the crop diversity challenge?

The number of community seed banks (CSBs) is rapidly increasing, in response to a growing demand for greater diversity in crop genetic resources among farmers, horticulturalists and home gardeners around the world. In the Global South, CSBs are seen as platforms for seed and food security, poverty alleviation and livelihoods. In the Global North, they help farmers, horticulturalists and home gardeners to diversify their production. In all parts of the world, CSBs are seen as repositories for plant properties that are needed to meet the effects of climate change and other environmental challenges, thus enabling future generations to meet their needs for food production.

Against this backdrop, the Fridtjof Nansen Institute and the Royal Norwegian Society for Development hosted a full-day seminar on 31 October, entitled ‘Community seed banks as springboard for food plant diversity: experiences and inspiration from European pioneers’.

As Norway has seen the establishment of two CSBs within the last couple of years, the seminar was aimed at exchanging experiences and deriving lessons from pioneers in other European countries.

Powerpoint presentations and videos from the seminar are available to the right. 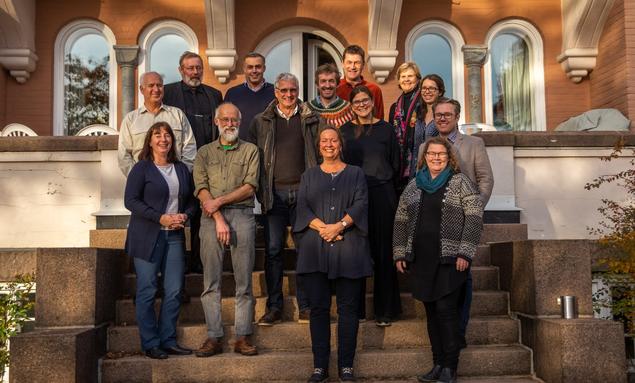 Bell Batta Torheim, Senior Advisor of the Norwegian Ministry of Agriculture and Food, delivered an opening address, underlining the role that CSBs have in fulfilling the UN Sustainable Development Goal on Zero Hunger. She also highlighted how CSBs can help fulfill the Norwegian action plan on sustainable food systems, and the role that Norway has committed itself to by hosting a safety backup for the seeds of the world in the Svalbard Global Seed Vault.

FNI Senior Research Fellow Regine Andersen gave an introduction on the state and trends of CSBs in Europe, based on research carried out under the EU Horizon 2020 project DIVERSIFOOD. More than 130 CSBs are operating in Europe as of today, with very different aims, scopes and activities. Conservation, seed multiplication and awareness-raising are but some of them. Currently two EU Horizon 2020 funded projects, DYNAVERSITY and Farmers’ Pride, seek to set up networks to coordinate and strengthen the activities and to attract more political and financial attention.

Two newcomers to the list of European CSBs were presented. The Norwegian Community Seed Bank, launched just a year ago, is a cooperative founded by two farmers representing companies engaged in crop genetic diversity, and the Royal Norwegian Society for Development. A key function is to maintain a structured value chain for Norwegian and Nordic crop diversity from national gene banks through the multiplication of seed and by making it accessible for agricultural production, research and breeding.

In particular, we focus on varieties that we think might become more important for the market in the future,’ said Henriette Vivestad, Advisor at the Royal Norwegian Society for Development and Secretary of the Norwegian Community Seed Bank.

As of today it holds 60 varieties of cereals and 13 varieties of vegetables, of which seed has been multiplied and made available for sale and use. In addition, 60 vegetable varieties have been tested in 2019, with a view to select for inclusion in the Norwegian Community Seed Bank. 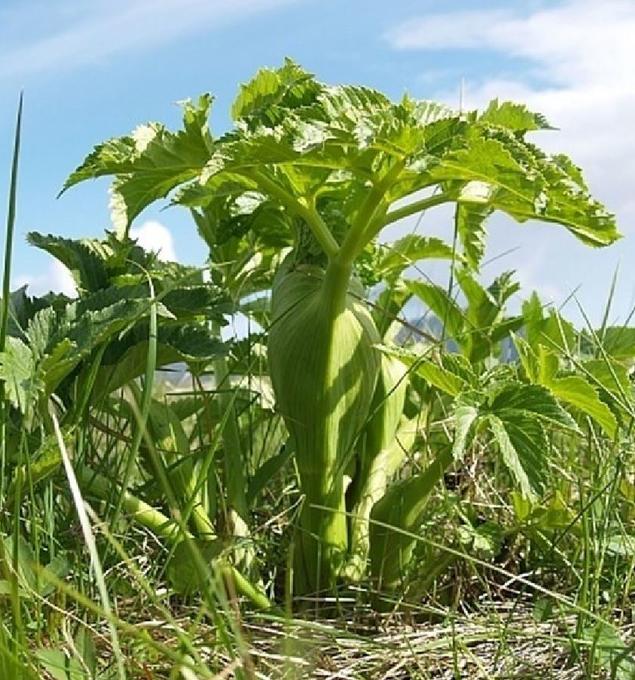 The other initiative, KVANN Norwegian Seed Savers, was presented by plant and ‘foodie enthusiast’ Stephen Barstow, KVANN’s Chairman of the Board. Barstow is the winner of the Plant Heritage Prize, the author of ‘Around the World in 80 Plants’ and holds the unofficial world record of having prepared a bowl of salad with 537 (!) edible plants.

KVANN works to conserve old and sometimes forgotten varieties of Norwegian vegetables, herbs, fruits, berries and ornamentals. The overall goal is to promote food diversity, and by that, the conservation of biodiversity.

A central aim of the seminar was to expose Norwegian actors to experiences from other parts of Europe. ProSpecieRara in Switzerland, established in 1992, is among Europe's largest CSBs, taking care of 1,400 varieties of garden- and field crops; 500 varieties of berries; 1,900 fruit varieties and 800 ornamental plants, in addition to 32 animal races. Béla Bartha, head of the organization, highlighted the need to work actively on national and EU legislation, the importance of outreach activities, and the need to collaborate with retailers and commercial breeders in order to get niche products out in the market.

Bartha also presented the Swiss model of organizing work on PGRFA, including the platform of collaboration for Swiss actors, balancing ex situ conservation with in situ on-farm management, in terms of political attention, decision making and financial support. Many stakeholders found the model highly relevant for Norway. 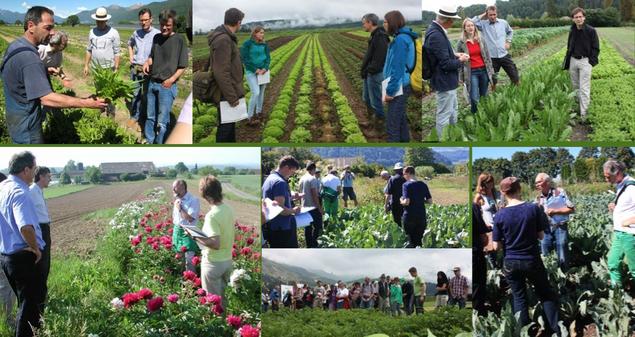 Aegilops in Greece is a different case – smaller and younger than the Swiss sister-organization, but still with ‘key lessons to share’, said its head of organization, Kostas Koutis. Greece has a strong agricultural and gastronomic tradition, and rich biodiversity, but with climate changes, increasing erosion and drought, farmers are struggling to adapt and to survive, Koutis said. Established in 2004, Aegilops is the Greek network for biodiversity and ecology in agriculture and it works to ensure access to good quality seed of plant varieties of local origin and to further develop the food plant heritage. Koutis highlighted their success with low threshold ‘seed schools’ and the importance of establishing seed saving networks, both at the national and international level.

Finally, The Heritage Seed Library in the UK presented their work to the seminar audience. Established in 1975, this organization is the oldest CSB in Europe. Seeds of the 800 varieties from England’s plant heritage are systematically grown and conserved at the headquarters of the organization and among volunteers who have received training for the purpose. The seeds are multiplied for distribution. As sale of such seed is prohibited in England, the members pay a membership fee, and receive seed for free.

Many of them originate from ex-commercial traders or local enthusiasts, and are named after uncles, aunties and grandparents – of course there is a lot of tradition and history linked into all of this,’ said Catrina Fenton.

The seminar was concluded by a two-fold debate session led by Regine Andersen. The first part focused on lessons from the European experiences for Norwegian CSBs. It was noted that while the European examples were inspiring and highly relevant also for Nordic conditions, Norwegian initiatives will have to shape their own models, adapted to the needs in Norway, thereby drawing on experiences from abroad. The panel also agreed that different initiatives should keep contact through European networks, to share experiences and further develop the approaches. 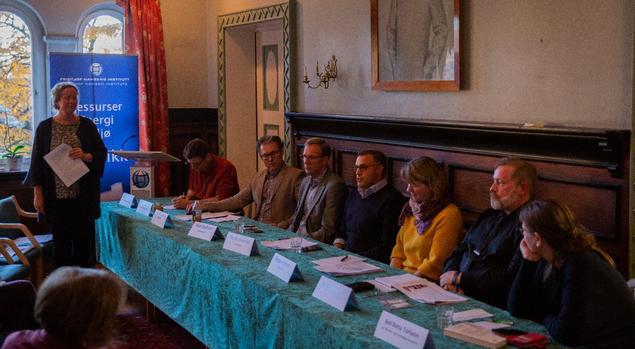 The second part focused on how CSBs in Norway could be further promoted and supported. A new strategy on genetic resources for food and agriculture, soon to be adopted, will certainly provide a central framework. The panel discussed recent improvements in legislation, the potentials of collaboration with plant breeders, the importance of niche products and niche markets in the early stages, and that more is needed to enable Norwegian CSBs to improve on-farm and in-garden conservation and sustainable use of crop genetic diversity. The Swiss experience could serve as a useful model.

FNI senior research fellow Regine Andersen has evaluated CSBs in Nepal and Ethiopia for the Development Fund Norway, and the reports will be published shortly.

Report from the side event 'Community Seed Banks: Sharing Experiences from North and South' at the 7th Session of the Governing Body of the International Treaty on Plant Genetic Resources for Food and Agriculture in 2017, is available here.