FNI Director Geir Hønneland and FNI researchers Gørild Heggelund and Arild Moe were recently in China as members of a delegation led by the Norwegian Minister of Research and Higher Education.

An important goal of the delegation’s visit was to further develop common platforms and cooperation on research, education and innovation with China – a country about to become one of the world’s largest producers of knowledge. FNI was present at arrangements both in Beijing and Shanghai, and co-organized two seminars during the visit, which lasted from 16 to 20 April.

After close to three decades of research on environmental, energy and climate politics of China, the country has become an important focus area of study at FNI. In recent years, the thematic scope has expanded even further, with the addition of Polar law and politics, both of which constitute FNI’s most traditional field of study.

‘Our relationship with Chinese partners is pragmatic and mutually beneficial, academically speaking. Now we hope that the Government’s increased focus on scientific cooperation with China – to which this delegation is testimony – is followed up with more substantial research funds,’ says FNI Director Geir Hønneland.

Lately, FNI’s research on China has particularly focused on political processes and carbon markets to reduce urban emissions of greenhouse gases, as well as China’s interests in the Arctic. These topics were also central in FNI’s contributions during the delegation visit.

In Beijing, FNI helped co-organize the seminar ‘Open innovation as a driving force for smart and sustainable cities’, hosted by the Norwegian University of Science and Technology (NTNU) and China Academy of Urban Planning and Design.

During the seminar FNI researcher and China expert, Gørild Heggelund, held the presentation ‘Sustainable and liveable cities: climate change and low carbon pathways’, on the importance of working with cities in addressing climate mitigation, not least because cities of course, are major emitters.

‘Urbanisation in China is expanding at an unprecedented rate, and is expected to hit 60 per cent by 2020. By 2030, according to the prognoses, more than 1 billion 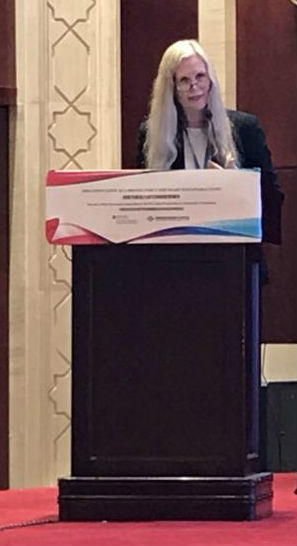 Chinese will be living in cities. It is therefore imperative that cities take active steps to reduce GHG emissions,’ says Heggelund.

Fortunately, many cities in China are already proactive in climate change mitigation work, and participate in low carbon cities pilots programme and the Alliance of Peaking Pioneer Cities (APPC).

‘Some cities, like Beijing, have set themselves the goal of hitting their emissions peak by 2020, before the national goal, which is set for 2030. Five of the seven pilots that were established to gain experience for use in the national emissions trading scheme (ETS) launched late 2017, are cities. Thus, when fully operational, the ETS will be an additional GHG mitigation tool in the cities. It is important though to keep in mind the geographical variations and differences in GDP levels in China, so differentiated and targeted approaches are necessary,’ Heggelund explains.

Learn more: The Evolution of Carbon Markets: Design and Diffusion

In Shanghai, FNI organized a seminar on Polar Research together with the Norwegian Polar Institute, UiT, NORD and the Polar Research Institute of China. Here, the participants presented new research on the sea ice situation, assessments of shipping developments, and Russian policies. On the agenda were also issues such as Chinese commercial interest and perspectives on Arctic shipping through the Northern Sea Route and through the Central Arctic Ocean, including the significance of the recently announced vision of a ‘Polar Silk Road’. 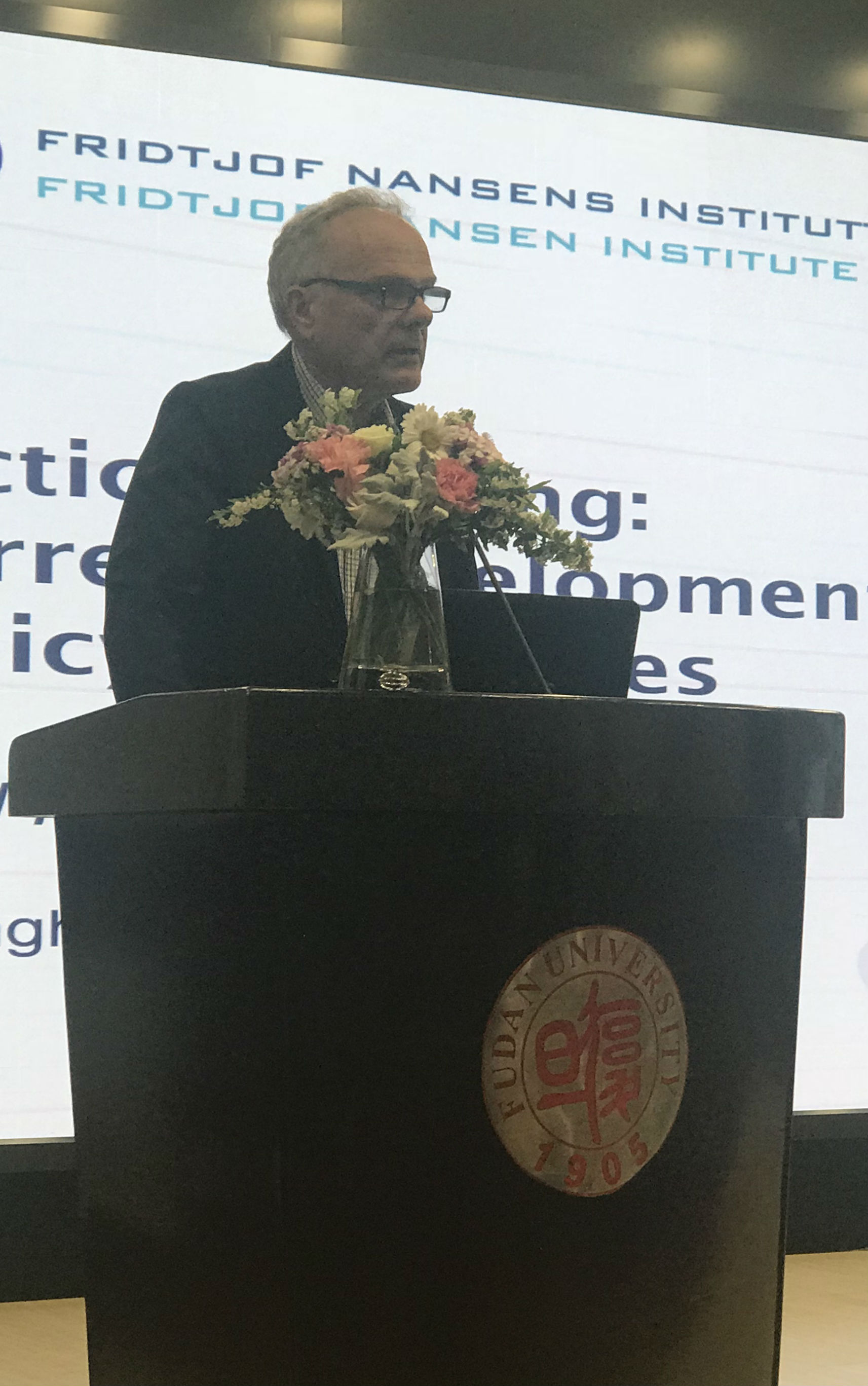 FNI researcher Arild Moe held a presentation on current developments and policy challenges in Arctic shipping. A key observation made by Moe was that although transportation of hydrocarbons out of the western part of the sea-route is growing rapidly, uncertainties exists regarding the prospects for international transits between the Pacific and the Atlantic.

‘Russia wants such traffic to increase and China is considering extended use of the Arctic route.  Nevertheless, it is unclear how the substantial investments in infrastructure and icebreakers needed to make the route attractive and keep it open most of the year shall be financed,’ Moe explains.

To round off the China visit, FNI met with the Norwegian Polar Institute, the Polar Research Institute of China, and the Shanghai Institute for International Studies (SIIS) to discuss the upcoming symposium of the China-Nordic Arctic Research Center (CNARC).

The 6th CNARC Symposium will take place in Tromsø 23–25 May this year, under the theme ‘Integrated Ocean Management in the Arctic’, covering the overarching issues of knowledge building, governance challenges and science–governance interplay.