Are the dynamics of climate change politics changing, or is the Nation State still the key player? What role will climate laws play in national climate governance?

These were among the questions discussed when FNI convened scholars and policy-makers from the Nordic region and neighbouring countries for a two-day workshop on 22-23 May, under the title ‘Whither the Nation State? The changing role of State in Climate Change Mitigation Governance’.

The topics discussed included the role of ‘the green entrepreneurial state’, the role of heavyweights such as the World Bank and the Carbon Pricing Leadership Coalition, and the growing ‘polycentricity’ in climate change governance. On the agenda was also a discussion on human rights and their potential to challenge governmental acts and omissions to mitigate climate change. (The complete program of the workshop and an overview of the submitted papers can be viewed here.)

A key point emerging from the discussion was that while all subsequent national Acts are somehow based on the British Climate Change Act of 2008, they are all markedly less ambitious.

All of the Nordic countries have now adopted Climate Change Acts, but they differ on important areas, such as the use of independent panels and the states’ climate commitments. This will likely mean that they will have quite different effects,” said FNI Senior Research Fellow, Tor Håkon Inderberg, who moderated the roundtable discussion. 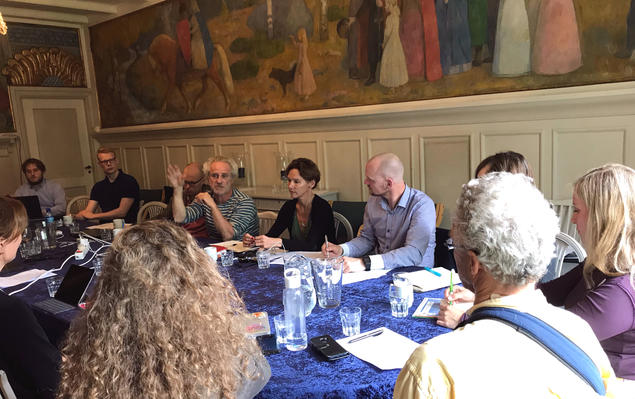 The event was part of the Nordic Network on Climate Change Governance (NordClimGov), and followed up on this network’s previous workshop, which was held in Copenhagen in May 2018. Inderberg was happy to see that the network once again could bring together a truly multidisciplinary group of researchers and policymakers from the Nordic region, resulting in intense but rewarding discussions, both academically and on a policy-level.

Understanding and improving the governance tools to mitigate and adapt to the impacts of climate change is an urgent challenge, and it warrants a coordinated research approach in the Nordic region,” Inderberg added.

The next step forward will be to publish a policy brief outlining a Nordic research agenda on the changing role of the nation state in global climate governance.

NordClimGov is organised by the Fridtjof Nansen Institute (FNI), the University of Copenhagen, Stockholm Environment Institute (SEI), and the University of Eastern Finland (UEF). It is funded by the Joint Committee for Nordic research councils in the Humanities and Social Sciences (NOS-HS) and the Independent Research Fund Denmark.