The latest issue of the scholarly journal Politics and Governance (P&G), now in its 10th year, is devoted to carbon pricing. The guest editors are two research professors at the FNI, Jørgen Wettestad and Lars H. Gulbrandsen. They contacted a group of FNI researchers which whom they had written a book volume a few years earlier, and invited them and other scholars to produce new studies and articles on emissions trading for this thematic issue of P&G.

‘At FNI we have world-leading experts on carbon pricing markets around the globe’, explains research professor and guest editor Lars H. Gulbrandsen, and notes the FNI articles on China, New Zealand and the EU. 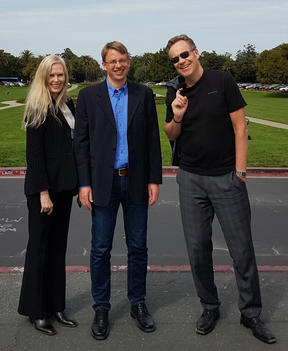 China experts Iselin Stensdal and Gørild Heggelund at FNI have written on emissions trading in China, together with Maosheng Duan. ‘China recently launched its own, national emissions trading market, preceeding markets, such as the EU’s’, explains Stensdal. ‘The Chinese have an experimental attitude, and seek to learn from others.’

Tor Håkon Jackson Inderberg at FNI has written on New Zealand’s emission trading scheme together with Ian Bailey. Further, P&G guest editors Gulbrandsen and Wettestad have examined the process involved in including shipping in the EU Emissions Trading System (EU ETS). In addition, there is a new article on US emissions trading schemes.

Carbon markets around the world

Emissions trading systems are operating and developing in many regions and countries. Doubts have been raised about their effectiveness, and carbon prices have been low for many years now. However, the global picture has many nuances, and carbon markets are indeed spreading around the world.

The main message from the contributors to this thematic issue of P&G is that, despite uncertainties as to future developments, carbon markets seem set to continue to evolve and expand to new regions and nations, as well as sub-national levels such as US states like California, and even cities, such as Tokyo.

‘Many countries and regions are adopting this climate-policy tool. It is no longer seen as an ineffective carbon pricing mechanism’, Gulbrandsen explains. ‘Now, it is increasingly recognized as one of the most important climate policy tools in many jurisdictions.’ Moreover, systems in different countries seem to be learning from one another – not only concerning what to do, but also what not to do. ‘China, for instance, is clearly inspired by the EU ETS, but also seems to be learning by experimenting with emissions trading at home’, Wettestad concludes.