With this fall’s grants from the Research Council of Norway, we at FNI can celebrate large, new research projects in a number of areas.

The Research Council of Norway granted FNI funds to start a number of new projects. We are excited to conduct  research on energy poverty, sustainable aquaculture, China’s role in global environmental politics, and the Arctic Council. In addition, we will be studying the Arctic Council on behalf of the Ministry of Foreign Affairs, and we are part of a NUPI project on critical materials in the Arctic, Cicero's new project on EU climate politics, and a new Sintef project on bioprospecting.

FNI director Iver B. Neumann is very happy about the allocation:

This fall, The Research Council of Norway allocated FNI funds to start a number of new projects. We are excited to research energy poverty, sustainable aquaculture, China’s role in global climate policy, and the Arctic Council. In addition, we will be working with the Arctic 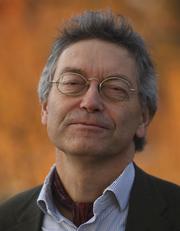 Council on behalf of the Ministry of Foreign Affairs, and we are part of the NUPI project on critical materials in the Arctic, Cicero's new project on EU climate politics, and a new Sintef project on bioprospecting.

FNI director Iver B. Neumann is very happy about the grants:

“With old challenges taking on new hues and new ones appearing left right and center, I am thoroughly pleased that our institute may contribute on not only on the local and national, but also on the regional and global levels. Our long-term work on honing our skills is once again paying off,” says Neumann.

FNI is very happy to finally receive a large grant on Chinese climate policy. Gørild Heggelund is one of the country’s foremost experts on the topic, and can now delve deeper into China’s role in international climate negotiations. China is the world’s largest emitter of greenhouse gases and the policies are changing, with powerful initiatives. What determines Chinese climate policy and which consequences could it have for the world?

The new research project takes a look at four policy areas: “We will explain China’s role in international environmental cooperation in relation to climate change, the loss of biological diversity, plastic pollution and chemicals,” says Heggelund.

“FNI researchers are already traveling to Montreal in December to follow the UN’s Biodiversity Conference where China (COP15) will host a global environmental conference,” says Heggelund. It is urgent to provide the environment with as strong protective measures as have already been accorded to the climate change issue, according to researchers at FNI.

“The conference COP15 is already two years overdue and getting an agreement in place is urgent. Hosting still gives China a good opportunity to exercise global leadership in an area with a great need for community solutions and where no one has taken the role as the driving force.”

How is knowledge created in the Arctic used?

“I have now been doing research on the Arctic Council for ten years and I have finally been given a large allocation where I can go in-depth on how the knowledge created in the Arctic is used,” he says contentedly. 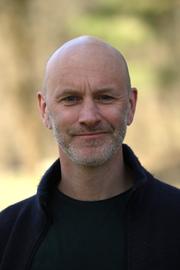 At about the same time as the RCN project, which has an academic structure, Rottem also received funds from the Norwegian Ministry of Foreign Affairs to convey knowledge about the Arctic Council. “We will achieve some nice synergy effects here,” he smiles.

Read more about the MARCS project: New Funds to Study Knowledge From the Arctic - FNI

Kristin Rosendal has received funds to study the sustainable management of our coastal areas. She will study why businesses and municipalities choose to place fish farms where they do, or why they choose not to. “I am so happy! This is what I want to work with the most,” the project leader celebrates. 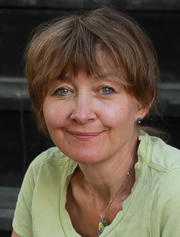 In the research project, Rosendal and her colleagues will analyze the environmental status and the locating of fish farms.

“The coastal areas are under pressure and we need to think carefully about how we manage them going forward,” says the researcher. “The farming industry is among those who need to become more aware of their ecological footprint. With a better knowledge base for management within aquaculture, the industry could have a more solid economical platform, contribute to food security and sustainability,” she believes.

Read research articles on sustainable aquaculture from the FNI researchers:

Energy poverty in the spotlight

The vast majority of people in Norway is able to pay their electricity bills. But not all. A group, which researchers call the “energy poor”, also exists in this country. However, very little research has been done on this in Norway. Now, FNI has received funds to start a large-scale mapping of the problem, together with partners such as Statistics Norway, Cicero, and The Centre for Development and the Environment (SUM) at the University of Oslo. 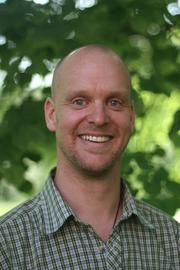 “Politicians make policies blindfolded,” says project leader Tor Håkon Jackson Inderberg.  “Norway has not researched what energy poverty is, which makes it difficult to hit the mark with the policies that are made,” he points out.

New projects we are involved in: