FNI drew crowds and full houses when it hosted a series of open seminars and debates during this year’s ‘Arendalsuka’ event.

‘It’s really been a huge success’, said FNI head of information, Karoline H. Flåm, summing up FNI’s activities and appearances during this year’s Arendalsuka – an annual ‘meet and greet’ and political 'debate festival’ held in Arendal in southern Norway. ‘With big turnouts and lots of feedback and engagement from the audience, we really felt that FNI “hit the spot” with this year’s selection of topics’, she added.

FNI started the week with a debate seminar on ‘Geopolitics entering the Arctic’ and possible ramifications for Norway. FNI experts Svein Vigeland Rottem, Gørild Heggelund and Andreas Østhagen sketched recent political developments in the Far North and the potential challenges for a small state like Norway:  growing Chinese interest – and presence – in the Arctic, President Trump’s aggressive rhetoric, and the upscaling of Russian military activities closer and closer to Norwegian shores. Senior Researcher Julie Wilhelmsen of the Norwegian Institute of International Affairs (NUPI) presented an analysis of the latter, after which a panel of outside experts –  former Minister of Defence and Minister of Foreign Affairs, Espen Barth Eide (MP), WWF leader Bård Vegar Solhjell, and Secretary-General of the Norwegian Reserve Officers’ Federation Jørgen Berggrav – debated how Norway should deal with the increasingly tense situation.

We are not as prepared for this situation as we ought to be’, said Barth Eide. Read High North News’ coverage of the debate here (in Norwegian). A video of the entire seminar is  available here.

FNI also hosted a debate on Guarantees of Origins – an EU climate-policy tool which has become increasingly controversial in Norway, not least after a recent legislative proposal from the Labour Party, recommending that Norway should exit the entire system. FNI’s Per Ove Eikeland, together with Berit Tennbakk and Adrian Mekki of Thema Consulting, introduced the key issues at stake, after which stakeholders from industry and power producers engaged in a spirited debate. Montel News has in-depth coverage of the debate (for subscribers), and the expert introductions are available here and here. Climate policies were also in focus when FNI and Cicero Center for International Climate Research arranged a seminar titled ‘EU strengthens its climate policies – what’s at stake for Norway?’. Here, FNI researcher Jørgen Wettestad pinpointed five core problems likely to face Norway as a result of new EU climate policies. ‘Political paralysis’ and increased social unrest and demonstrations are but some of them. You can review Wettestad’s presentation here (in Norwegian); and the complete FNI/Cicero seminar can be seen on video here. 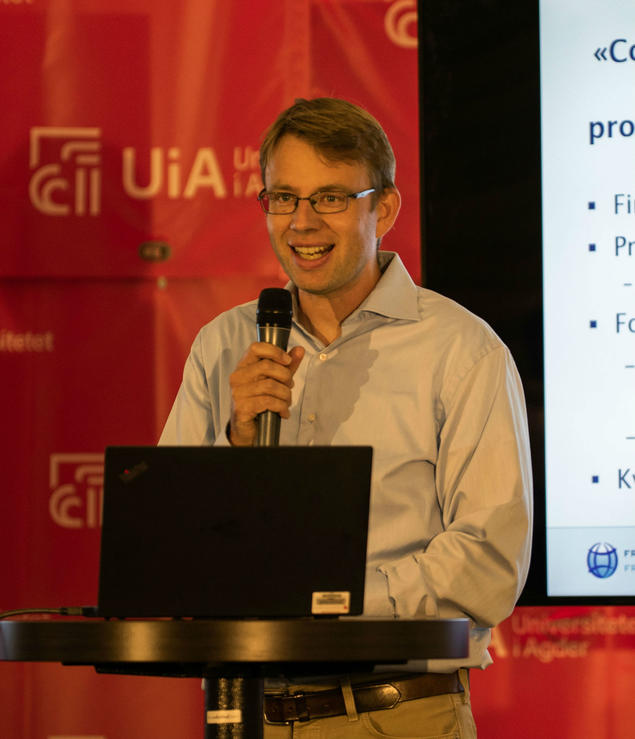 Finally at Arendalsuka, FNI hosted a well-attended windpower debate together with the University of Agder (UIA) and Cicero. The room was packed when FNI researcher Lars H. Gulbrandsen, Mikaela Vasstrøm of UIA and Kristin Linnerud of Cicero shared key lessons from their respective research projects related to windpower development. Take-home messages included policy recommendations such as slowing down the pace of the land-based development in Norway, changing the windpower taxation regime, and, not least, adjusting the consultation process leading up to each project, to ensure greater transparency and democratic legitimacy.

If protesters want to be heard, they have to be at the table at an early stage’, said FNI’s Gulbrandsen. ‘Once a license has been granted, it’s definitely too late – at that point the ship has already sailed’, he added. The researcher presentations are available here (lenke), and the entire debate can be viewed on video here. Forskning.no also reported from the debate: ‘Myths and misunderstandings about windpower development’ (in Norwegian).